About From Portland with Love Inc. 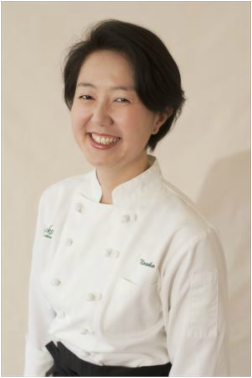 From Portland With Love Inc. is a non-profit organization established to promote Japanese   cultural exchange in Portland, Oregon. Portland has a unique relationship with Japan with its daily direct flights, own consulate office, numerous Japanese companies established here, and large Japanese resident population, and Oregon based trade with Japan continues to grow rapidly.

As a Japanese national who moved to Portland to start a business in recent years, Naoko Tamura (Chef Naoko Corporation)thought that it was so important to promote Japanese cultural awareness here, and she founded From Portland With Love Inc. to help to do that.

Naoko is from Tokyo, Japan and originates from “Sumireya”, well known for its pioneering in natural foods. Naoko was born with a heart defect, and her mother quickly discovered the importance of natural foods for Naoko, with no chemical additives, and her daughter was able to make a complete recovery.

This led Naoko’s mother, Masayo, to start the “Sumireya” restaurants and food services company in 1976, when it was very difficult to find organic ingredients, and Naoko grew up learning the business from her mother.
In 2007 Naoko moved to Portland to fulfill her dream of opening a Japanese style organic foods restaurant using the abundant natural ingredients of the Pacific Northwest.

Chef Naoko Bento Café has become one of the most popular lunch spots in Portland, and provides catering to numerous customers including Nike, Ecotrust, Portland Art Museum, Portland Japanese garden, OHSU, PSU and many others.
In 2014 I formed an Oregon Nonprofit Corporation – From Portland With Love Inc. – in order to support cultural exchange with Japan and benefit the Eastern Japan Earthquake and Tsunami relief.

About my motive for a charity concert

Since arriving here in Portland I am continuously amazed by how the local people genuinely love Japanese culture. The beautifully cared for Japanese Garden, which is even better than most of those in Japan, is run and supported by local people. When I attend tea ceremony In Portland, many of those learning this traditional Japanese art are locals, wearing kimono. Sake is brewed n Portland by locals who have visited Japan to learn the techniques. I see many young people, clearly American, speaking fluent Japanese. The reason for such a strong cultural hold must originate from the first generation of Japanese immigrants before WWII, and those who supported them. And this has led to the current mutual relationship where so many Japanese companies have businesses here in Portland, and local companies have so much business with Japan. More than three years have past since the Great Eastern Japan earthquake and tsunami. Japanese planners from those devasted cities have visited Portland to learn about city architecture, while the officials of Portland development services have visited the stricken areas to give advice. Recent immigrants, like me, are considering it our mission to maintain these good relationships and to make an effort to sustain the will to support survivors of the Great Eastern Japan earthquake. I was in the car returning to Narita airport from the funeral of my father, when I discussed all of these things with Yoshie Ichige, well known Japanese actress and star of the popular 90’s Japanese TV drama “From Oregon with Love”. And from that discussion, I began planning this charity concert which would be the first small step for me, as part of a new generation of immigrants, to contribute to the Portland-Japanese relationship, through Japanese culture. Using a small inheritance left by my father, I created the non-profit company "From Portland with Love Inc.” in order to continue this effort into the future. The first event will be the "Autumn Concert" of Japanese culture, recitals, and classical music based on the theme of the preciousness of life.